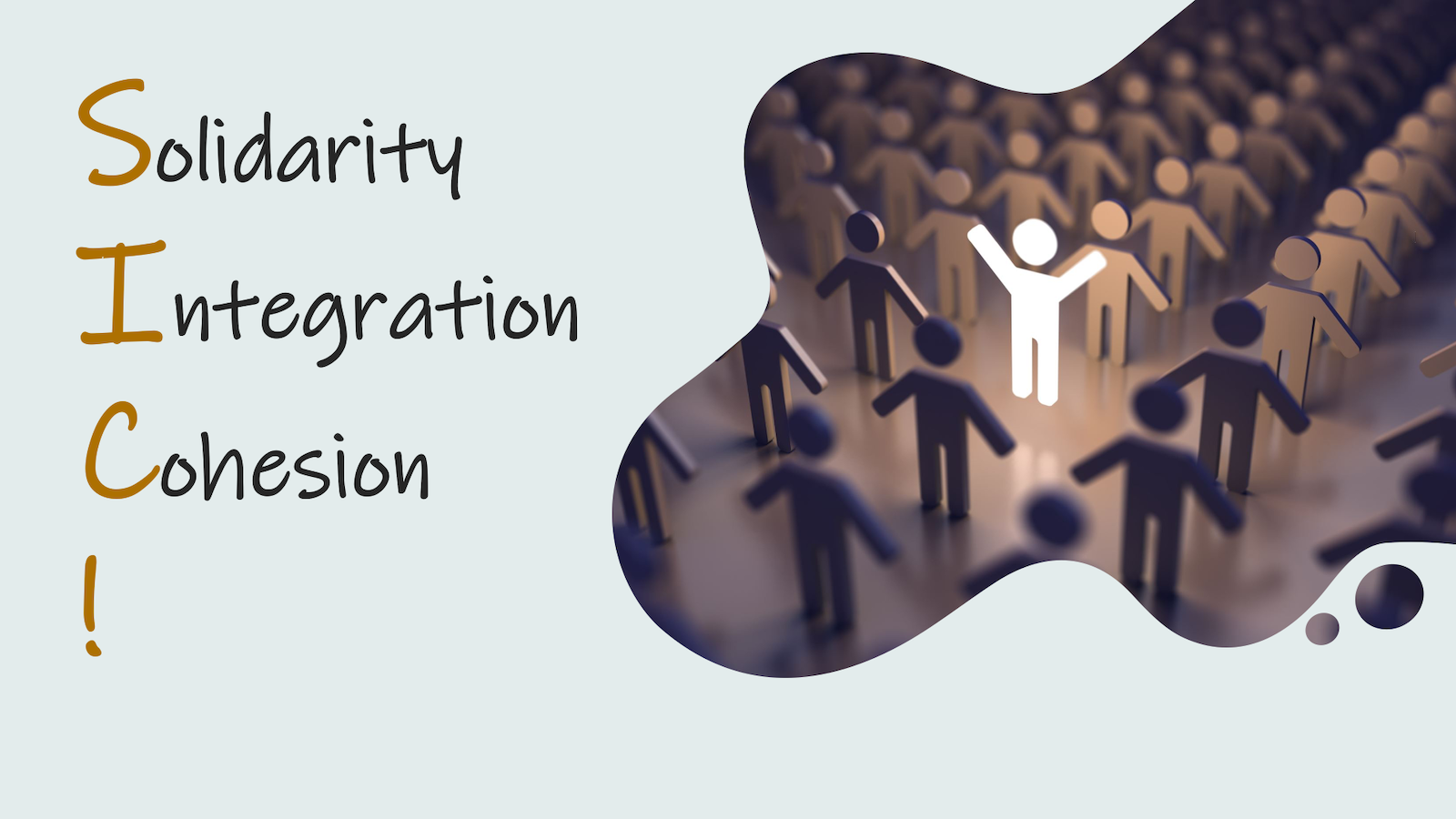 In the past months we have published several blog posts exploring various facets of European cohesion and integration. Even though it has never been mentioned in the texts, in many regards the discussions of cohesion and integration boil down to the questions how close people in Europe feel to each other, and how we value solidarity in Europe. Cohesion, integration and solidarity reinforce each other and only together do they promote convergence and reduce inequalities between the better off people and places and those with less promising prospects or who are lagging behind.

That European integration, cohesion and solidarity are mutually dependent on each other and can unfold considerable dynamics has also been shown in the text on an alternative post-war Europe. In this past-time scenario, a different idea about European integration not just affected infrastructure developments, but also people’s mindsets and mutual solidarity. The emergence of a fully integrated European labour market, a growing multi-national character of Europe’s society and media landscape and eventually harmonised social security and taxation systems, could emerge from a more interpersonal Europe. An important driver in this scenario was not just integrated infrastructure but also turning Europe into an interpersonal experience and platform for all citizens.

So, if cohesion is at the heart of Europe’s future, as pointed out in the contributions by Derek Martin and Peter Mehlbye, we need to strengthen interpersonal solidarity in the EU. This line of thought supports some key points we have put forward on cohesion. In the blog post on the ‘New European Bauhaus’, we argued ifor cohesion as an underlying value and for adding an interpersonal cohesion dimension reflecting the personal aspect and bringing cohesion closer to the citizens – with all their subjective interpretation of it. Along the same important line, the interpersonal dimension of European integration shines through in the blog post on European governance and integration scenarios for 2050. Following the idea of interpersonal EU solidarity, it seems solidarity as basic value of the EU should be highlighted and considered together with cohesion and integration.

We need to get to know each other

To strengthen the canon of interpersonal cohesion, integration and solidarity in Europe policy making might want to put more emphasis on:

For strengthening cohesion, integration and solidarity among people in Europe, we first need to get to know each other better. One of many possible ideas for increasing links between European citizens building stronger ties was discussed in our first blog post: The idea of an ERASMUS Sabbatical to which any EU citizen can apply. Offering any EU-citizen to spend one year paid in another EU country – with a fixed monthly fee. Such a simple scheme may help people to discover the Europe they are part of. It may bring the European idea and the beauty of European diversity closer to them. Ideally people will return after 12 months, richer in experience. This idea is just one idea of how to foster European integration and cohesion building links between people and thus strengthen the interpersonal dimension of Europe.

Only well-considered schemes and initiatives will increase interpersonal ties across Europe that are tailor made to strengthen the interpersonal dimension of Europe to support cohesion, integration, and solidarity. To succeed and become widely accepted, this needs something bigger, some sort of a ‘joint call for solidarity’ and/or a ‘shared future perspective’ that displays the long-term benefits.

Sophie Pornschlegel argues for a forward-looking action and a shared common future as fundament for interpersonal solidarity. Such a wide debate needs to go beyond initiatives like the ‘Conference on the Future of Europe’ and the ‘New European Bauhaus’. It needs to reflect much more the diversity of places and people in Europe, allowing to shape a vision of a future for all people and places in line with the ‘Territorial Agenda 2030’. This fits neatly to our arguments for proactive thinking about desirable futures, and to bring diverging views on what is a desirable future together into a shared vision of a future for all people and places in Europe. This will necessarily also encompass a wide public debate about how we want to understand and implement, cohesion, integration and solidarity in Europe.