A spatial vision in the making: Baltic Sea Region 2040 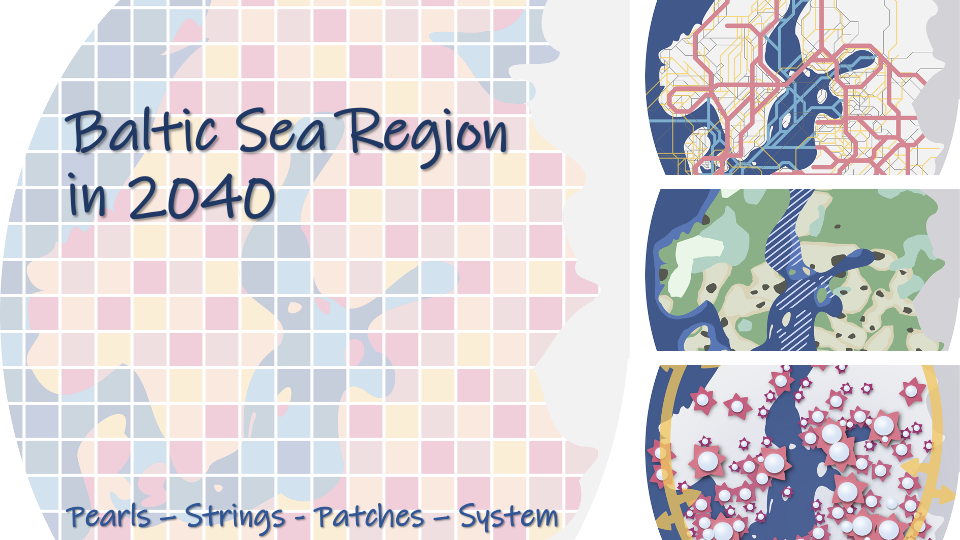 This is because visions are powerful. They are powerful because they define a desirable picture of the future that derives from the common caring and the common aspiration for a desired change. VASAB has been a pioneer in developing spatial visions for the Baltic Sea Region. Already after the lift of the Iron Curtain, the VASAB’s Long-Term Perspective developed a desirable future for its places and people. Keeping up with new trends and current developments, the VASAB Long-Term Perspective is currently being updated towards the time horizon of 2040, through a wide co-creation process.

The pearls represent the urban network and settlement structure of the region, where metropolitan pearls, small and medium-sized pearls but also local pearls thrive by building on their own comparative advantages and economic activities. The future for the pearls lies in the networks, as all are networked to each other within and beyond their vicinity and even beyond the Baltic Sea Region.

The strings represent the physical and virtual connectivity in the Baltic Sea Region. Well-connected physical and virtual strings between people and places are characterised by a sustainability shift towards green, sustainable and affordable connections. Rail and maritime connections increase in importance and gradually substitute environmental costly air and car connections. Energy strings reflect a carbon neutral energy production which is decentralised, secure and well-connected throughout the Baltic Sea Region.

The patches are the lungs of the Baltic Sea Region. They represent the sustainable management of the commons and provide the ecosystem services in the region. The high level of biodiversity, the rich flora and fauna, the healthy sea environment, the intact ecosystems ensure in 2040 a good quality of life for all citizens in all parts of the region.

The system represents the sea and land planning, characterised by strong cooperation and smooth communication across different levels of governance, different sectoral policies, as well as a high citizen involvement that carries over the decisions and plans.

For the Baltic Sea Region of 2040, the desired future builds upon more interpersonal cohesion, macro-regional cooperation and a shift towards more sustainable solutions with a wiser technological use for the common good of places and people.

How desirable is this future picture of the Baltic Sea Region for you? Does it match your own future mental picture for the Baltic Sea Region? Get more details on the future of pearls, the strings, the patches and the system of 2040 and share your thoughts by filling in our survey: https://www.research.net/r/VASABvision2040 . Contribute in shaping this shared desired future together so that we can build back our policies better for the generations to come.

by Maria Toptsidou and Kai Böhme