Are We Europe is a non-profit, pan-European magazine investigating what it means to be European today. After launching a print magazine, multimedia storytelling and a separate content agency, Are We Europe has turned to memberships to strengthen its reader community that reaches across borders.

We spoke to Stijn Frankfoorder, Head of Memberships at Are We Europe, about marrying memberships with magazine sales. "I think memberships and individual magazine sales can coexist." – Stijn Frankfoorder, Are We Europe.

Steady: Let’s start with a quick rundown of your project.

Stijn Frankfoorder: Are We Europe started in 2016 because we wanted to put a different light on Europe. The media often focused on the institutional side of Europe, talking about Brussels, Brexit and the relationship between Europe and the United States. We wanted to provide a counter narrative to that, focusing on the humans who shape what it means to be Europe. That's the quest that we're on, and that's also the reason why it's called Are We Europe. It's a question and a statement in one.

The question that we’re always trying to answer is: what does it mean to be European? And the way that we do that is through journalism and storytelling. We have a print magazine that we print four times a year, we have digital multimedia stories, audio stories and documentaries as well. We tend to focus on the human story and tackle different themes. Like right now we’re launching a Queer Issue about sexuality, gender and equality. We try to take a borderless perspective, for example, what does it mean to be queer in Poland, but also in Spain? And how do they relate to each other? 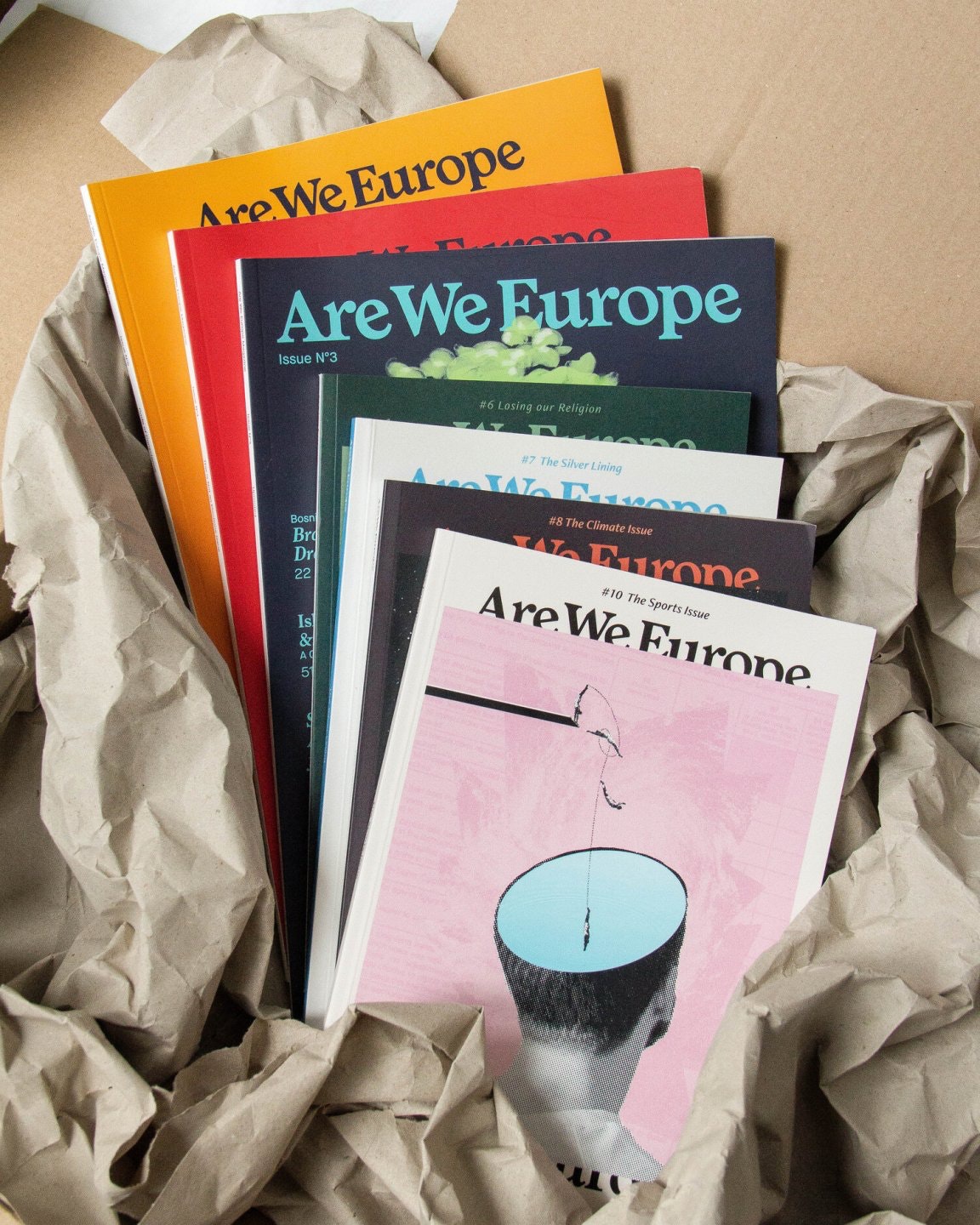 Are We Europe's print magazine is accompanied by multimeda online storytelling.

As a collaborative, cross-border project, what makes memberships a good match for Are We Europe?

We really believe in the steadiness that memberships give us. We can trust that our members are here to stay, because we have a relationship with them. And that's what makes it really valuable for us: it's not only a revenue stream, but also a way for us to reflect upon our work, what we're discussing, our own stance towards specific topics, because we’re in conversation with our members.

That conversation is at least as important as the financial aspect. We have just under 500 members and we love them, we love having conversations with them, we love hearing their feedback and we love to surprise them. Memberships give us a steady revenue stream, but also the opportunity to stay in direct contact with the people who we are making this for.

How do you involve your members in your work?

We have our own co-working space in Brussels. Even before we started our membership programme, we were hosting a lot of events for our community. We’re really happy that things are opening up again, because we've been running memberships during the pandemic. Having in-person interactions again is something that I'm really looking forward to.

Are We Europe's membership campaign video.

We also invite our members to be part of the editorial line. For example, the queer issue is on a really sensitive topic and one we take seriously. We wanted to involve members to share their opinion and expertise about the topic.

And we have a Telegram group where there’s a little bit more banter. There we share nice links that often have to do with multimedia, Europe, borderless, those kinds of themes. So that's how we involve our members behind the scenes.

Do you have other sources of income that you combine with memberships?

We also have AWE_studio. What we do over there is help other organisations, often foundations, cultural institutions and universities, with storytelling. It's often about topics and themes that we’ve discussed in our own magazine as well. That’s our third income stream. 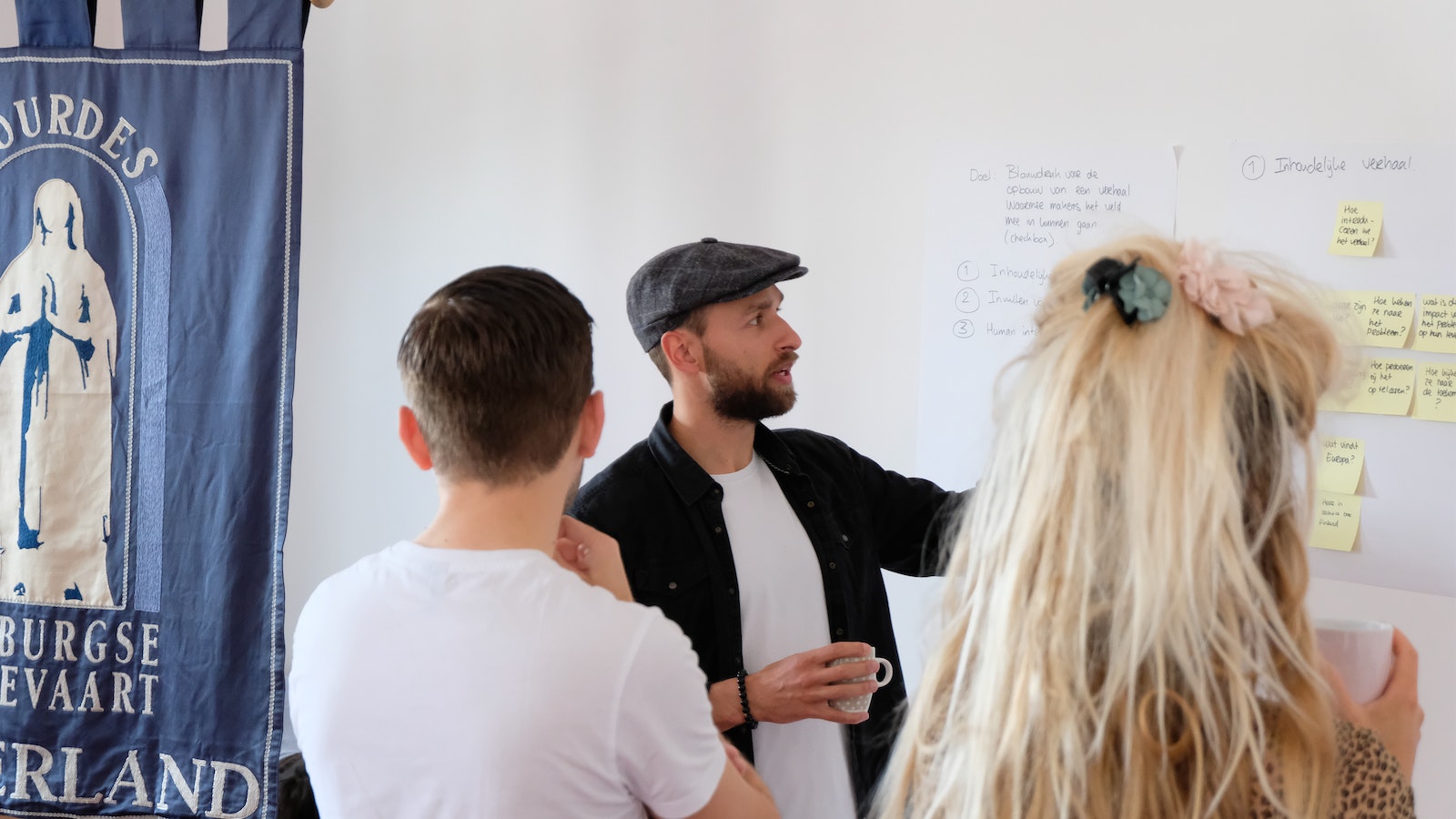 Are We Europe's network consists of a core team, a group of preferred freelancers and then a wider network of 750 collaborators.

How many people are in your team?

We have a core team right now of 14 people, but that's the entire Are We Europe team. So that includes some specific projects that are not for our own editorial line, but where we collaborate with other media. Sometimes I'm working one day per week on studio work, two days a week on a specific project and then two days on Are We Europe media, so it's a little bit scattered. But overall, our entire team is made up of 14 people, who work more or less full time, with three working part-time.

How do you make memberships work in combination with a print magazine?

How's your experience been with Steady?

Steady is a tool that’s fairly easy to implement. It's a technical solution that we wouldn't have been able to build ourselves. In just a couple of days you can create a complete membership experience.

I'm always able to have a call with the team to talk through an issue I’m having or ideas for improvements. Steady’s good at listening and I really appreciate that.

Anyone can be a member of Are We Europe on Steady and join their club of open minded Europeans.