What do we mean by cohesion?

As imbalances between people and places increase, cohesion features in more and more debates. It features as underlying idea of European integration as well as a European way of life and decision making.

In Europe cohesion has also a formal legacy, as the EU shall promote cohesion. More specifically, economic, social and territorial cohesion and solidarity are introduced as aims of the EU in Article 3, TEU. In this sense, the EU is perceived as an area of growing stability, security and prosperity, with integration allowing it to boost citizens’ living standards and to enhance its influence globally (see). The underlying idea is that cohesion reinforces solidarity, promotes convergence and reduces inequalities between the better off and those with less promising prospects or who are lagging behind. Indeed, cohesion is mainly depicted as limiting (the devastating effects of) disparities and fragmentation. Cohesion is also understood as a corrective to the fact that some benefit more than others from European integration and the Single European Market. This leads to ideas for convergence and catching up. Most recently the Territorial Agenda 2030, pinned it down to a sustainable future for all places and people.

Following the general understanding of cohesion, past discussions framed it often in terms of GDP, growth and jobs. This helped operationalising cohesion and providing comparable information. However, it does not really catch the essence of it, as discussed in the previous contribution. The idea of cohesion might be far more fundamental, touching the primary reason for public intervention in a democratic system, i.e. as an overall objective to make people’s live better. In this case, the ultimate purpose would be linked to people’s well-being, health, quality of life or harmony.

In general, there are at least four principles describing different underlying understandings of cohesion: Is cohesion about acknowledging that we are in it together (mutual interdependencies), striving for equal opportunities, treatment and support (equality), tailor-made support to achieve greater fairness of outcomes (equity), and/or reducing or eliminating structural barriers (justice)? All four of them are valid and can be found to varying degrees in EU and national policies. What do we actually aim for – or rather what do we want to achieve – when we refer to cohesion? 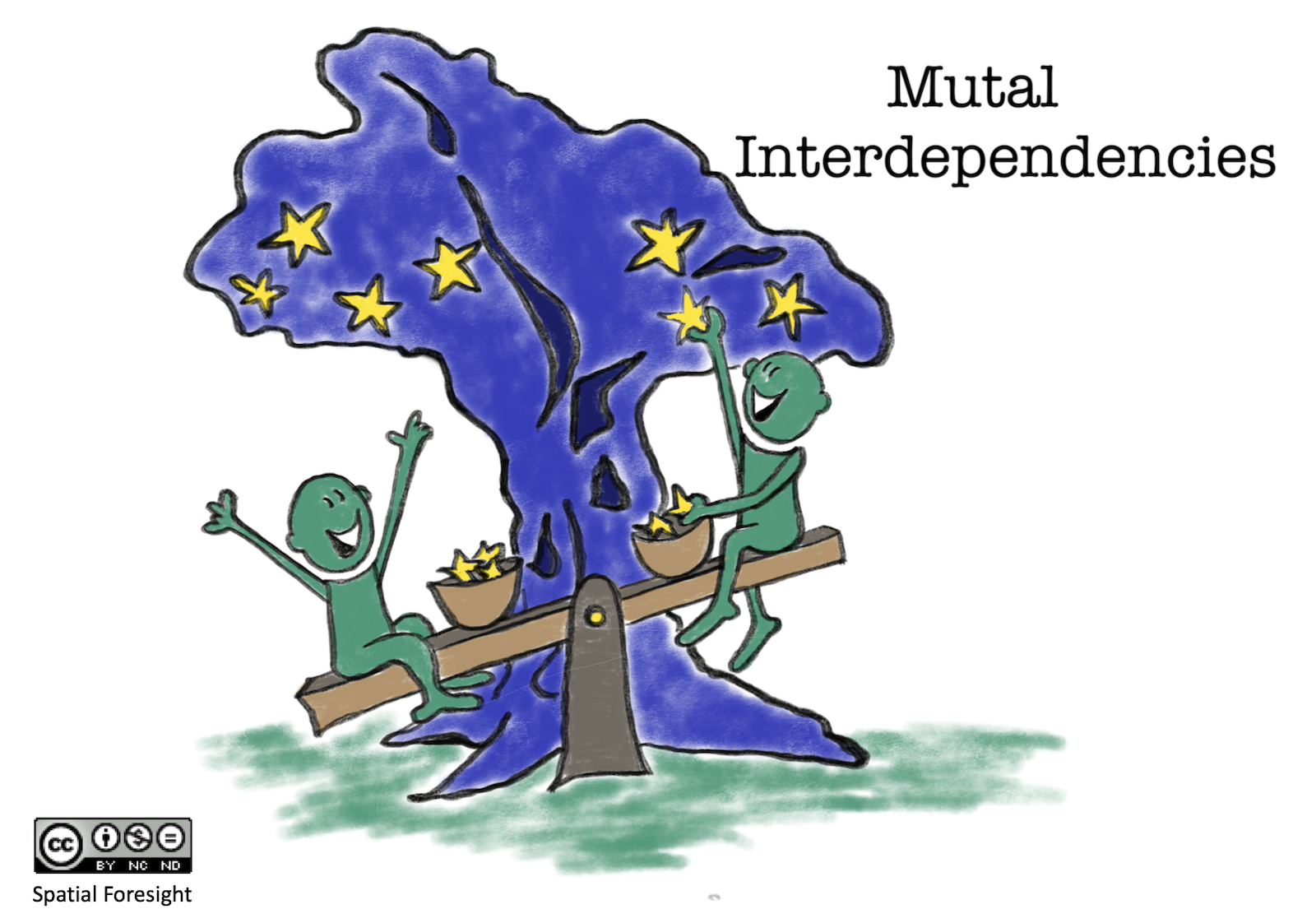 Cohesion is an aim of the EU, i.e. something to strive for. In that sense acknowledging mutual interdependencies is only a first step. The question remains: what is meant by cohesion and how do we know whether we have cohesion or are moving in the right direction? One facet of this is equality, focussing on equal opportunities, treatment and support. This includes equal growth opportunities for all and is often pictured as the tide lifting all boats. 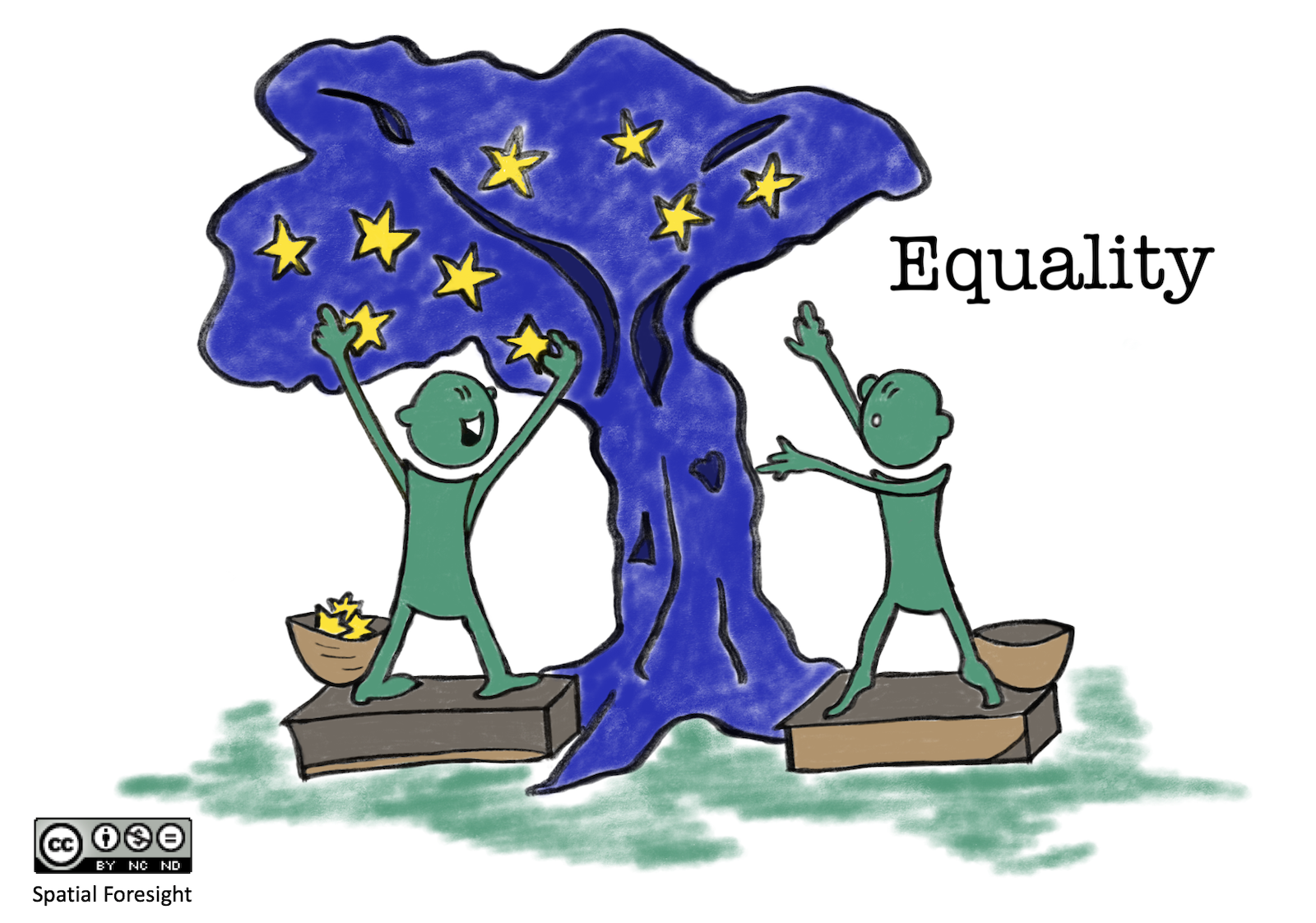 Another way to understand cohesion relates to convergence and compensation. The equity principle focuses on giving more to those in need, in proportion to their circumstances, to ensure the same opportunities for all. Rather than focussing on the same treatment, the focus is on varying levels of support – based on specific needs – to achieve greater fairness and outcomes. 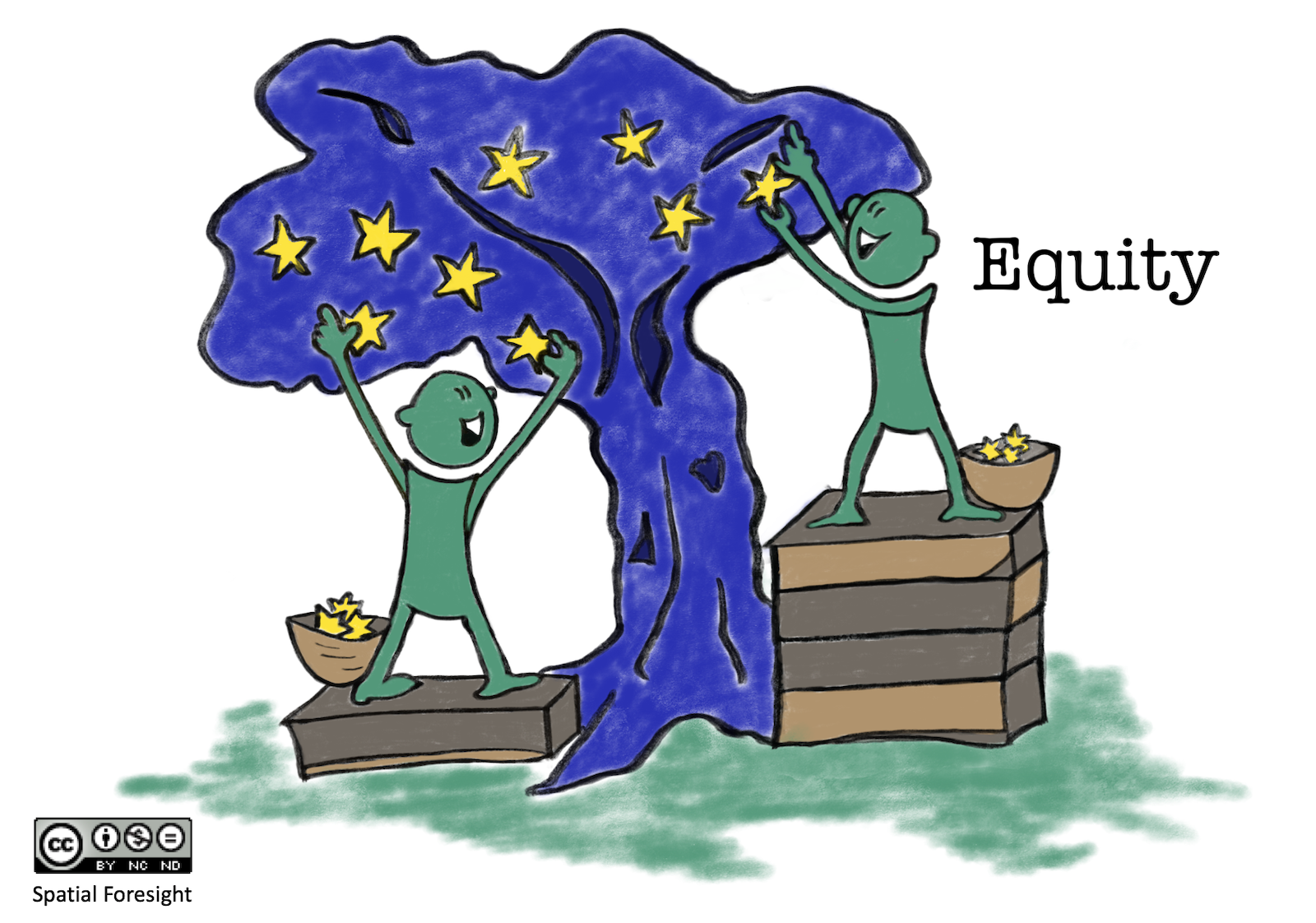 A fourth way to see cohesion focuses on the need to go beyond compensation. It strives for adjusting the system. Rather than compensating for inequalities, the justice principle aims at reducing or eliminating structural barriers that are responsible for those inequities. Lately various EU policies make use of the term, e.g. by calling for a Just Europe and the Just Transition Fund. 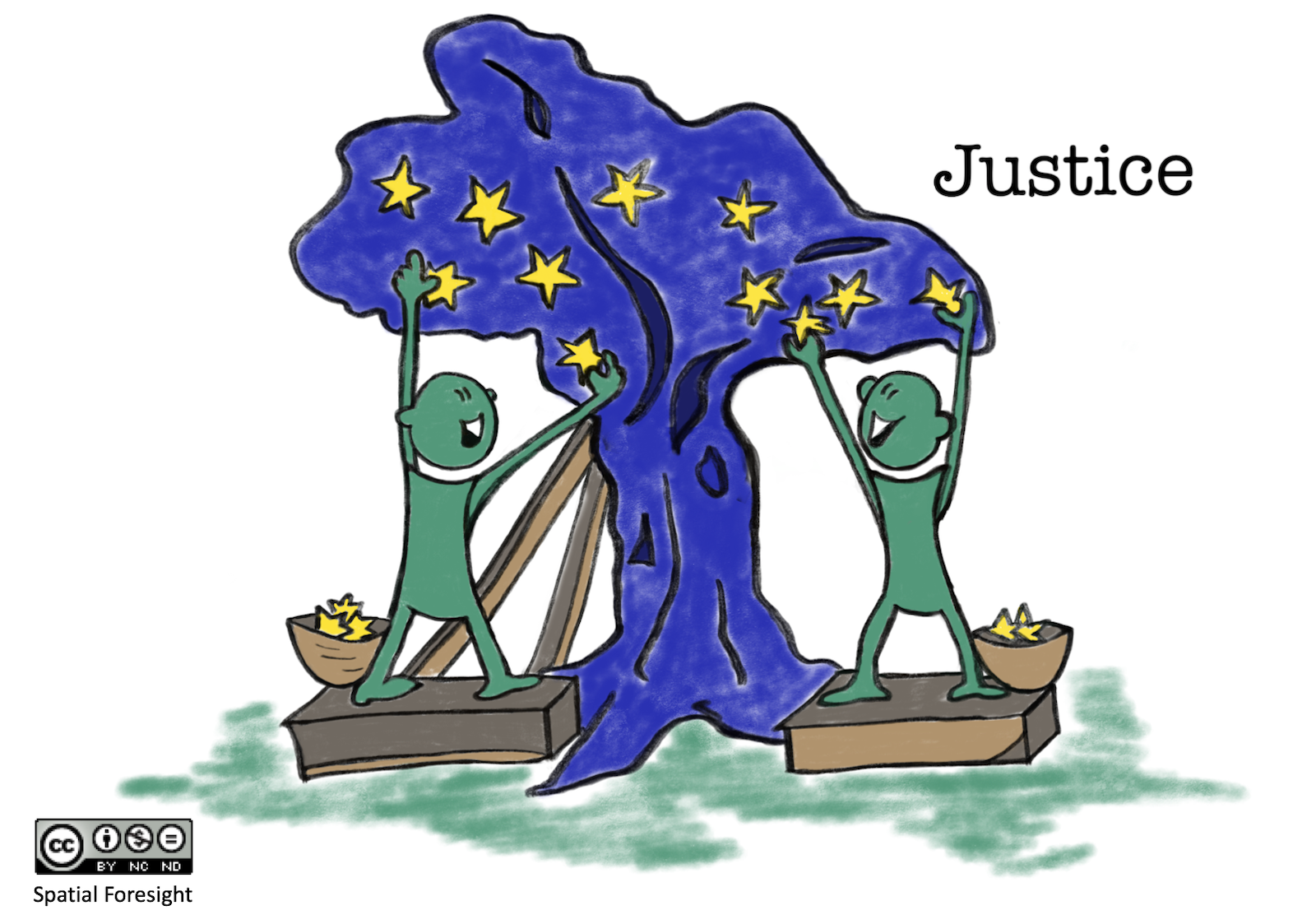 As all four concepts are valid and to varying degree embedded in EU and national policies, the question is what do we mean by cohesion. Which mix of the four do we need to have achieved to say ‘now we have cohesion’?