Radical ideas on territorial cohesion and ‘a future for all places’?

According to Walter Gropius, the founder of Bauhaus, standard concepts that are not continuously scrutinised and renewed become obsolete. Following this spirit, a conversation, organised in the context of the New European Bauhaus, revisited the concepts of territorial cohesion and ‘a future for all places’. It took place online on the 10th of June 2021.

Territorial cohesion is laid down as an aim in the Treaty on European Union (Article 3, TEU). Building on that, the Territorial Agenda 2030 formulated the objective of ‘a future for all places’. Still, actual developments rather point in the opposite direction.

Therefore, it is a good moment to step back and reflect on how we actually understand ‘a future for all places’ and territorial cohesion. Are these concepts still serving their purpose? Do they need some radical rethinking to make them matter?

The following presents a set of key reflections deriving from the conversation.

The radical idea is to concentrate on the essential. We do not necessarily need to be radical about new ideas and processes, but we need to be radical on how to focus and use what we have already. So rather than putting forward new radical ideas on territorial cohesion, the radical point could be to actually point out the essence of it and concentrate on that. Indeed, radical can mean using an existing idea or effectively asserting the radicalism of this idea.

Design follows purpose. Boiling down the essence of concepts like ‘a future for all places’ and territorial cohesion, asks the question what do we actually want to achieve. What is the purpose of these concepts? What is a future for all places? What is that in the context of an emerging new normal post-COVID? In other words, to become radical and make concepts matter, we need to be clear about what we want to achieve with them.

Well-being of people is the essential. In the recent past, discussions about cohesion and not leaving any place behind mainly focused on GDP, growth and jobs. This helped operationalising the idea and providing comparable information. However, increasingly it is realised that they might not catch the essence of it. Making people’s life better, links to more than jobs and growth. Indeed, well-being, health, quality of life or harmony might be more accurate operationalisations of ‘a future for all places’ and territorial cohesion.

Do we all want cohesion the same way? Well-being, quality of life or harmony are very subjective concepts. Everybody understands them differently, considering personal well-being and future prospects. For some cohesion and ‘a future for all places’ is connected to progress and transition, while for others it is about maintaining existing standards. This implies that there is no per se shared understanding of ‘a future for all places’ and territorial cohesion. This is challenging for any attempts to measure and compare. Still, it is the radical and consequent lesson of previous ideas that these concepts need to utilise people’s and places’ diverse potential. Neither territorial cohesion nor ‘a future for all places’ ever meant that all are or shall be the same.

Shared vision to be negotiated. There is a need for a common understanding and framework in which we all can follow our individual ideas on well-being and cohesion. Obviously, this shared understanding needs to be negotiated between the citizens. How to go about, remains an open question. Leaving it directly to the people, will imply that those more engaged and better capable will leave behind the others. A bottom-up negotiated understanding of territorial cohesion and ‘a future for all places’ seems to lead to power struggles. If no one shall be left behind, we need other forms. Could the answer lie in new forms of territorial representation and decentralised decision making or a radical assertion of democracy?

Imagination. Experimentation. Learning. Upscaling. To avoid that the negotiation of a shared understanding to just reiterates and manifests known positions, societal imagination needs to be strengthened. Indeed, we need to become better in thinking ourselves away from our daily routines and lives, to allow for fresh thinking. Furthermore, we need to dare testing fresh ideas and allow ourselves to experiment. Living laboratories, citizen sciences and legitimised activism could offer pathways to experimentation. We need to leave our comfort zones and turn anxiety into curiosity. Not all experiments will succeed, and we need to allow ourselves to fail. Importantly we need to learn from the experiments and see what can be improved or upscaled.

Transition is needed. Negotiating and experimenting ‘a future for all places’, which can encompass a wide range of different individual perceptions of well-being, points at transition. This will lead to a different world to our current one. Besides societal transition, there are strong arguments for change in terms of environment. Today, efficiency has become an end in itself, rather than a means to an end. To ensure that design – in this case efficiency – follows a purpose – in this case ‘a future for all places’ or territorial cohesion – we need to become more grounded, place-based and acknowledge us, the others and the places.

Respect inertia. Not all people and places embrace change. To ensure they are not left behind, we need to find ways to overcome societal inertia. This may involve strengthening societal imagination, empowering people and allowing them to shape their desired futures bottom-up. Two aspects are essential for this. Firstly, it implies allowing for diverse visions of desirable futures, as not all people want the same, nor do they want it at the same speed. Secondly, it requires efforts to stimulate proactive thinking about desirable futures, and to bring diverging views on what is a desirable future together to a shared vision. If societal inertia is not addressed, any transition risks to deepen existing cleaves between societal groups and between places. Eventually, this would produce the next generation of places and people left behind.

Intangible cohesion. Taking this one step further, we even need to rethink the promise of modernity and our understanding of progress. Is it possible to think ‘a future for all places’ or territorial cohesion in terms of more intangible futures? The future is not just about infrastructure and the built environment. In the first place, it is actually about people. This implies two things. Firstly, people and communities need to be at the centre point when talking about cohesion and ‘a future for all places’. This concerns especially the young and youngest in our societies who are the future today and, hence, need to have their say today on how to shape the future today. Secondly, we need to think beyond personal well-being. Not everything is negotiable as failure to solve the management of the (global) commons will undercut the basis for our individual well-being. This concerns e.g. being radical about our use of resources. What if we build new things only if they have a positive, regenerative effect on the planet and people?

Cohesion beyond the European Union. Although the discussion on cohesion and ‘a future for all places’ has its origin in the EU, it actually is a global issue. This is not at least illustrated by the current global imbalance on COVID-19 vaccinations. The EU is no remote and isolated island. It is embedded in a wider spatial context. The Western Balkans, the eastern and southern neighbourhood and the Arctic are of particular relevance for the wider cohesion debate. Looking further, the EU’s strategic position in the global system between the USA and China as the two main powers of the 21st century should also be reflected.

Cohesion through cooperation. Immanuel Kant’s ‘categorical imperative’ sets out the boundaries for a completely self-centred understanding of cohesion. It also points at the need for cooperation. If we do not cooperate, we cannot achieve ‘a future for all places’ and cohesion where no one is left behind. Cooperation between people, places, across borders, across borders of the EU, across sectors, between competitors (co-competition) is essential. Cooperation may also be the trick to overcome the distinction between top-down and bottom-up when negotiating cohesion and putting it into practice. One may actually ask whether cooperation is just a means to territorial cohesion or the essence of it.

Territorial outcomes matter. Cohesion and ‘a future for all places’ has to be more than just cooperation. People will judge cohesion and related policies by their achievements, by what they actually deliver. This judgement will be based on the relative change perceived by people in relation to their well-being – their very personal understanding of cohesion – as well as the future prospects offered by the places they live in. In other words, cohesion has to deliver on improving the future perspectives in relation to two factors which parade diversity: Diversity of people’s preferences concerning their well-being and diversity of the places in Europe. ‘A future for all places’ needs to be delivered without jeopardising diversity.

Cohesion as underlying value. Delivering in the light of complex diversities cannot be achieved if we understand territorial cohesion and ‘a future for all places’ only as a negotiation process, cooperation or outcome. Indeed, we need to understand it as an underlying value and maybe even as a shared ideology of our societies. In this sense, all decision and policy making should be underpinned by a ‘cohesion spirit’. This spirit or underlying value needs to be carved out and established in a constant broad dialogue. It also needs to be flexible enough to adjust to new developments. What was good yesterday, might not be good today or tomorrow.

Cohesion needs to be redefined. Summing up the various threads of this conversation, Europe needs to reemphasise the idea of territorial cohesion and ‘a future for all places’. It maybe even needs to become radical in doing so, by understanding it as underlying value and part of our European ideology. This needs to be done in a broad dialogue putting emphasis on the citizens’ level – going beyond the usual aspects and leaving no one behind in the dialogue. To underline that cohesion is about the well-being of people, and that the understanding of it is pretty much subjective, we should add ‘interpersonal’ cohesion in the EU Treaty next to economic, social and territorial cohesion. This would follow the line of the Territorial Agenda 2030, which talks about a future for all places and people.

To be continued. The conversation shows that our standard thinking about cohesion is outdated. The power of diversity and the interpersonal dimension are much more at the forefront than just disparities in GDP. The above reflections also show that there are many points which need further discussion, exploring our room for manoeuvre. To solve these, we need to dare to be confrontational with our ideas and dare to experiment and fail. We at Spatial Foresight would be happy to invite to a regulars’ table on ‘the future of cohesion and places’ open to anyone interested. Let’s try it together, let’s experiment together and let’s together dare failing. 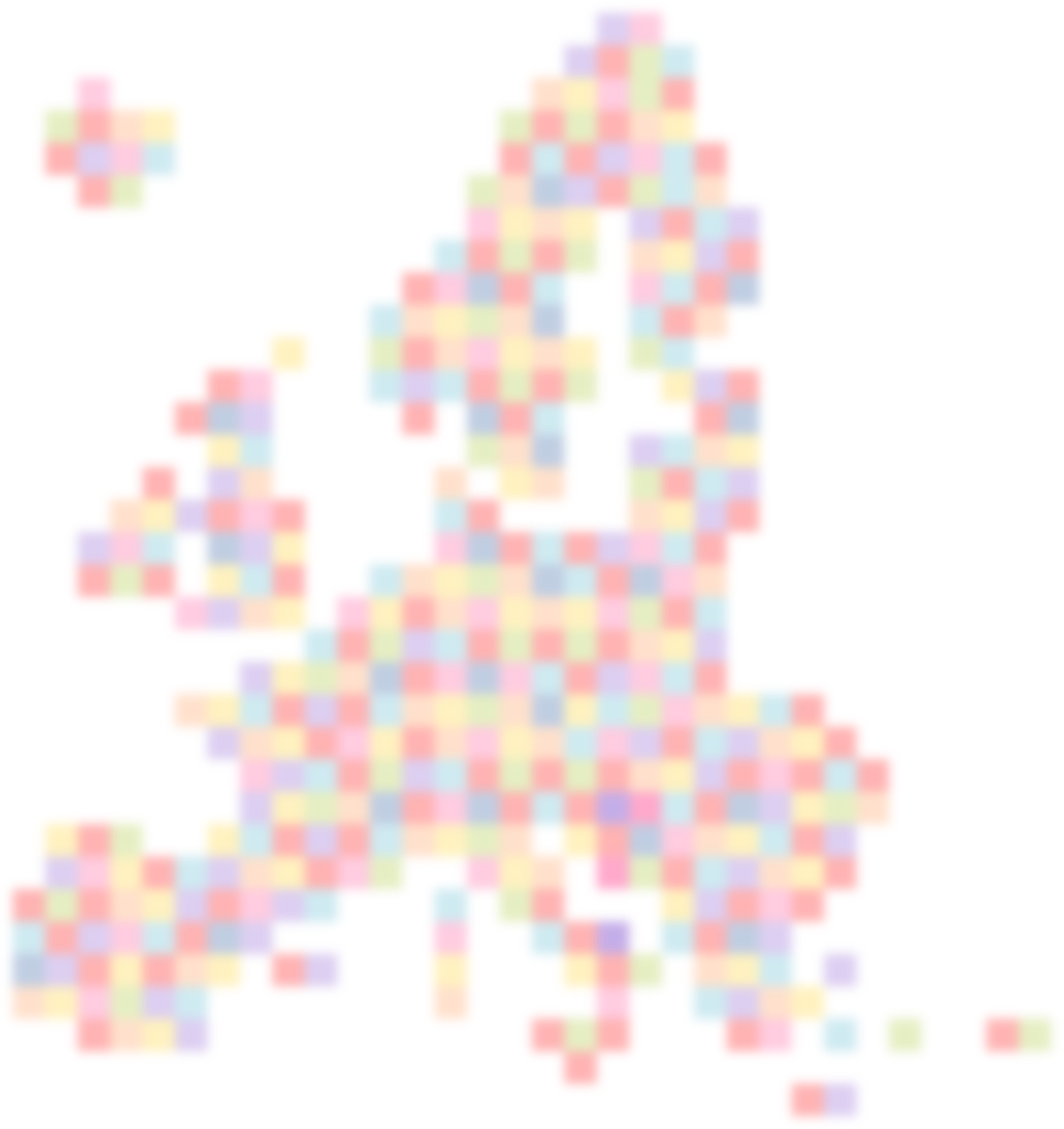 This reflection derived from an inspiring New European Bauhaus conversation. We thank Alison Hunter, Andreu Ulied, Ariane König, Aša Rogelj, Dritan Shutina, Elisa Vilares, Kaisa Schmidt-Thomé, Oxana Soimu, Wiktor Szydarowski and Thomas Wobben for engaging in this experimental talk. We also would like to thank Conexiones improbables and especially Roberto Gómez De La Iglesia, Begoña López de Aberasturi and Boris Meggiorin for inviting us and supporting us in setting up the New European Bauhaus conversation on ‘a future for all places’ and territorial cohesion. The recording is available on Youtube.