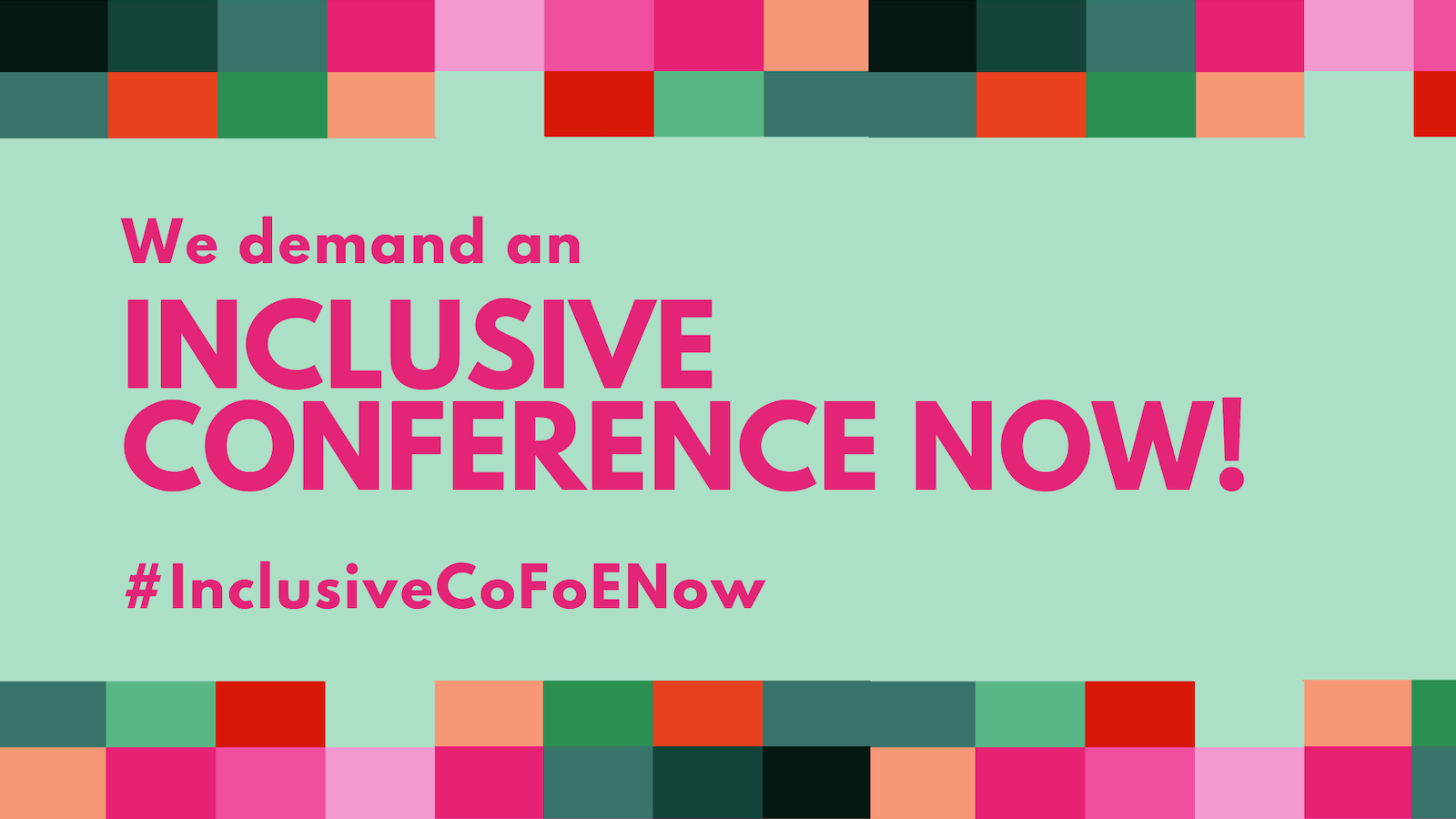 On 19th June 2021, from the Citizens Take Over Europe alliance (57 civil society organisations from across Europe, including New Europeans), sent a letter to the Executive Board of the Conference on the Future of Europe (hereafter: the Conference), expressing strong concerns about the lack of inclusion of marginalised communities in the Conference.

On 16th July 2021, the Co-Chairs sent a reply, indicating that they are not planning on taking any concrete measures in response to these concerns.

With this letter, civil society organisations from across Europe, many of which have signed the first letter, issue a final appeal to the Conference Plenary.

Dear members of the Conference Plenary,

We are disappointed and concerned about the lack of consideration that the Executive Board has so far shown in regard to the inclusion of marginalised communities. We call on EU institutions to address this oversight in order to fulfil the Conference’s intended goals of being an open, democratic, and inclusive process. In its current form, the Conference epitomizes Europe’s fundamental shortcomings rather than its solutions. The Conference Plenary meeting on 23 October is a crucial opportunity to turn things around and to create an inclusive and meaningful participatory Conference process.

More concretely, we call on you to join us in voicing the following demands during the upcoming Plenary meeting and throughout the Conference process:

Implement a diversity assessment of the Citizens’ Panels: the selection of participants for the Citizens’ Panels has been insufficiently clear and transparent and highly problematic in its design: EU residents without EU passports have been excluded, and due to the gender binary approach, non-binary people have been mistreated, if not excluded, as well. Finally, no quota has been set to ensure adequate representation for racialised and other marginalised communities. This dynamic may reproduce the same inequalities this Conference aims to tackle. While it seems impossible to make changes to the composition of the Citizens’ Panels now, a diversity assessment would make transparent how (non-)diverse the panels are. The assessment should also address the degree of diversity of the organisers, moderators and experts that are involved in the Citizens’ Panels.

Take measures to create a safe space for all Citizens’ Panel participants: the Citizens’ Panels have started already, but we need to ensure that all the selected people are equally included and heard in the process, given the structural inequalities in society and the previously identified inconsistencies in the participant selection criteria and process. Active and inclusive measures should be taken to ensure a safe space for all panel participants, including notably those from marginalised communities, starting with the appointment of a qualified Inclusion Officer or Person of Trust who is mandated and equipped to address complaints and needs from participants in a confidential and resolute manner.

The above list of demands is not exhaustive, but they constitute important steps towards an inclusive Conference.

An explicit, credible and sustained effort of implementing strategically inclusive and equitable practices in the Conference process is crucial. The oppression experienced by many marginalised communities, which lies at the root of many of Europe’s pressing social and political problems, should not be exacerbated in a free and democratic exercise overseen by EU leadership. Without the voices of marginalised communities, the EU will not comprehensively address these inequities, effectively contributing to the reproduction of systems of oppression that underlie them. We count on you to lead the way towards an inclusive Europe!

0 high-fives0
0 0 Comments
Comments are available for members only. Join the conversation …
Become a member