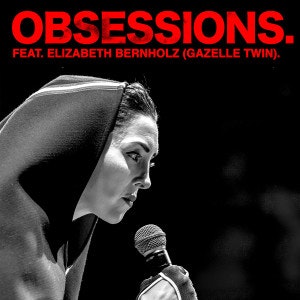 "I definitely believe that places can store a feeling... or buildings can... I've had it numerous times... I've walked into somewhere... mostly London, funnily enough... underground stations where I've felt a wall of atmosphere change, like walking through a curtain of atmosphere change and just feeling ultimate dread... just that 'oh fuck, what is that feeling?'...  a real panic... and thinking 'what is going on?' I've had it in a few music venues as well. There's a sense somewhere... or a radar... that picks up on these things."

Elizabeth Bernholz aka Gazelle Twin, is an electronic composer, producer and musician.

In this interview, she talks to John about her

For further information on Gazelle Twin

For further information on John Robb

Obsessions is produced and edited by Sophie Porter & Andrew Paine