Imagine the exact opposite of the Daily Mail 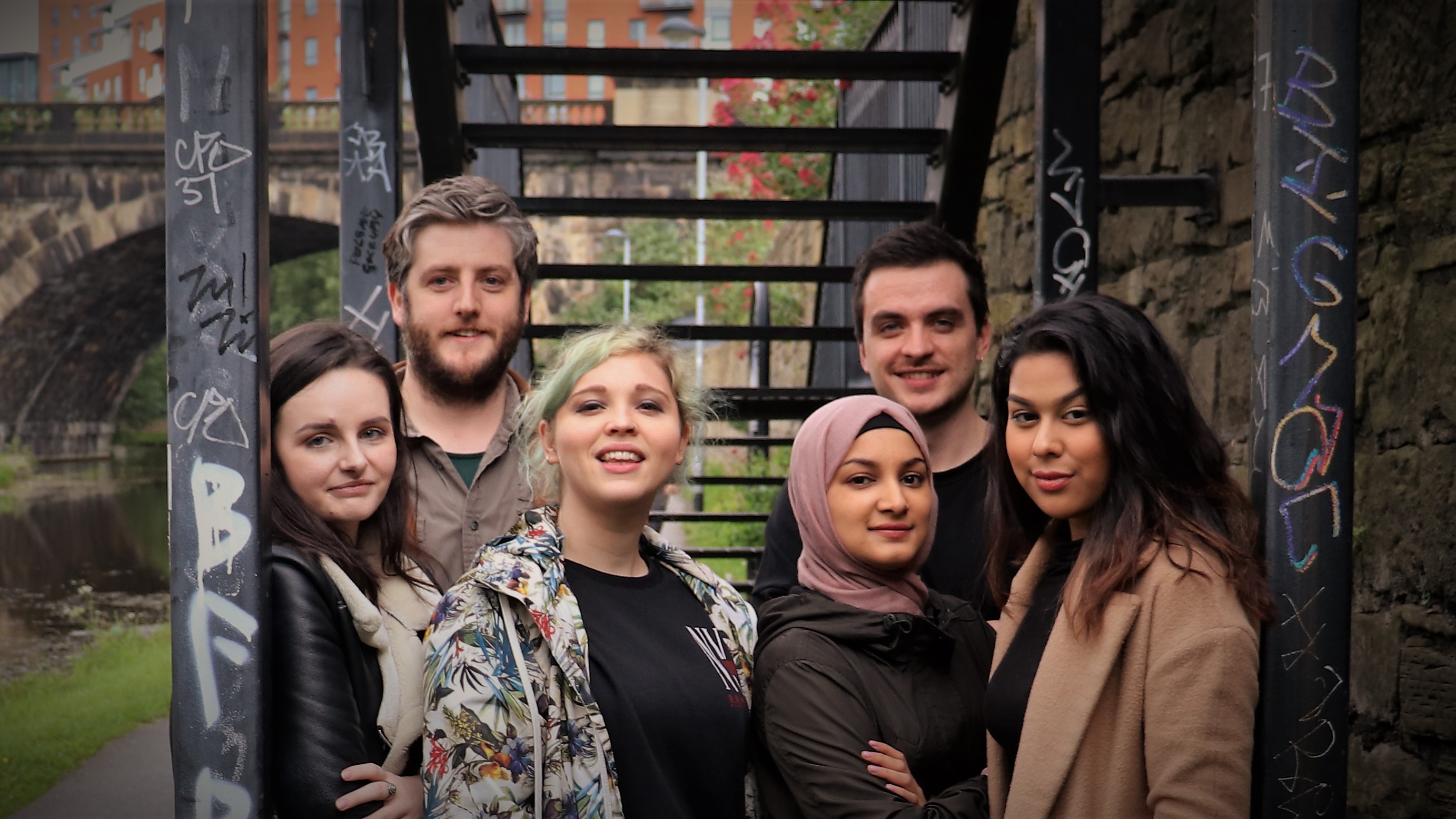 (^ Abi, Rik, Robyn, Rima, Ethan and Aaliyah. The team would also like it to be known that we ALL hate that picture of ourselves but it's the only one that's in focus.)

We're The Overtake, an investigative news website, based in the north of England.

We are (relatively) normal people...

Without making it a *whole thing*, The Overtake is a diverse bunch of (mostly working-class) people.

We're a small, dedicated team of investigative journalists who do a lot of what we do on a voluntary basis - because we love it and we think it's important.

...doing an absolutely not normal thing

We want to be honest about what's happening to young (and sometimes not-so-young) people, especially here in the north of England where we live.

A lot of our investigations are about exposing wrongdoing and social ills. You might recognise our deep-dive into fox-hunting and our reporting on racist London nightclubs. We've also worked with other publications and organisations like the Bureau of Investigative Journalism. But The Overtake also covers cool stuff that's going on, we interview our fair share of celebrities and opine about what's on Netflix. When we're not being serious journalists, we try very hard - some say too hard - to be funny.

The company essentially works as a non-profit and is entirely owned by the team - no external shareholders or venture capitalists. Both Press Gazette and The Drum have written about us if you're interested in diving in a little bit more. 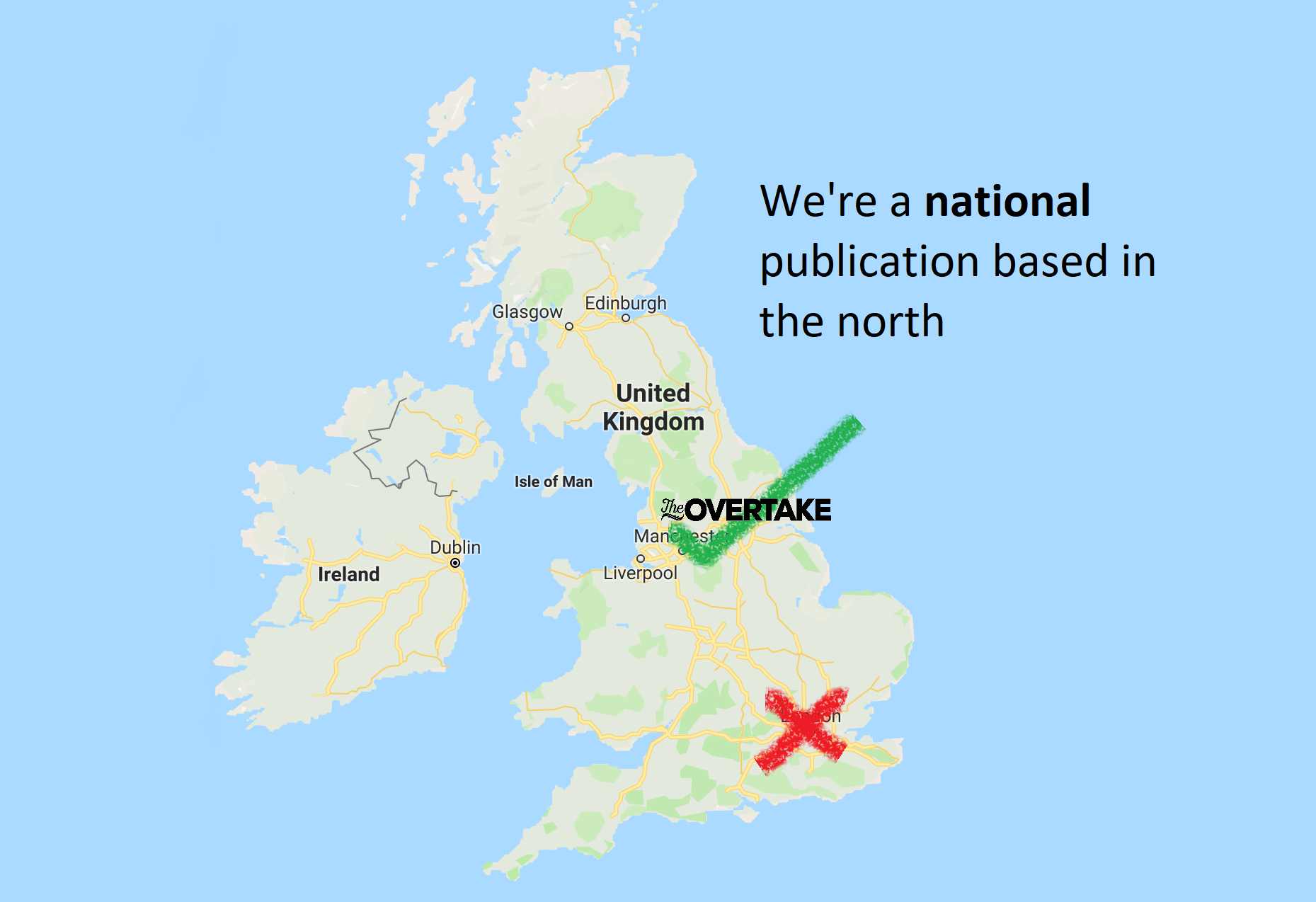 (^ We're from a lot of different places but we're based in Leeds, Yorkshire.)

There's no need to take our word for it. We could list endless articles that we're proud of but perhaps it's best to just say since we launched two years ago, we've been nominated for two top awards:

People often tell us how glad they are that we exist, which is amazing, and we've been the recipient of countless gifts and favours. The support and recognition we've had has been incredibly overwhelming and, at our lowest points, actually emotional.

What we're aiming for is simply to keep doing this stuff, keep growing, and have more of the good days (and less of the bad).

Obviously, we'll take any help we can get in whatever form it comes but, if we're being totally honest, the one irreplaceable thing that we absolutely need is...

Most of us earn below minimum wage (don't tell the Tories or they'll get ideas) and we cover virtually all our own expenses through our other jobs. Our first priority is to be able to afford to travel for stories and to pay everyone what they deserve, which we're getting closer to each day.

We do sell some of our stories and we carry the rare bit of sponsored content (don't worry, you'd know if you'd seen it). As much as we can, we try to match everything donated to us by generating our own revenue. But it's very tricky. 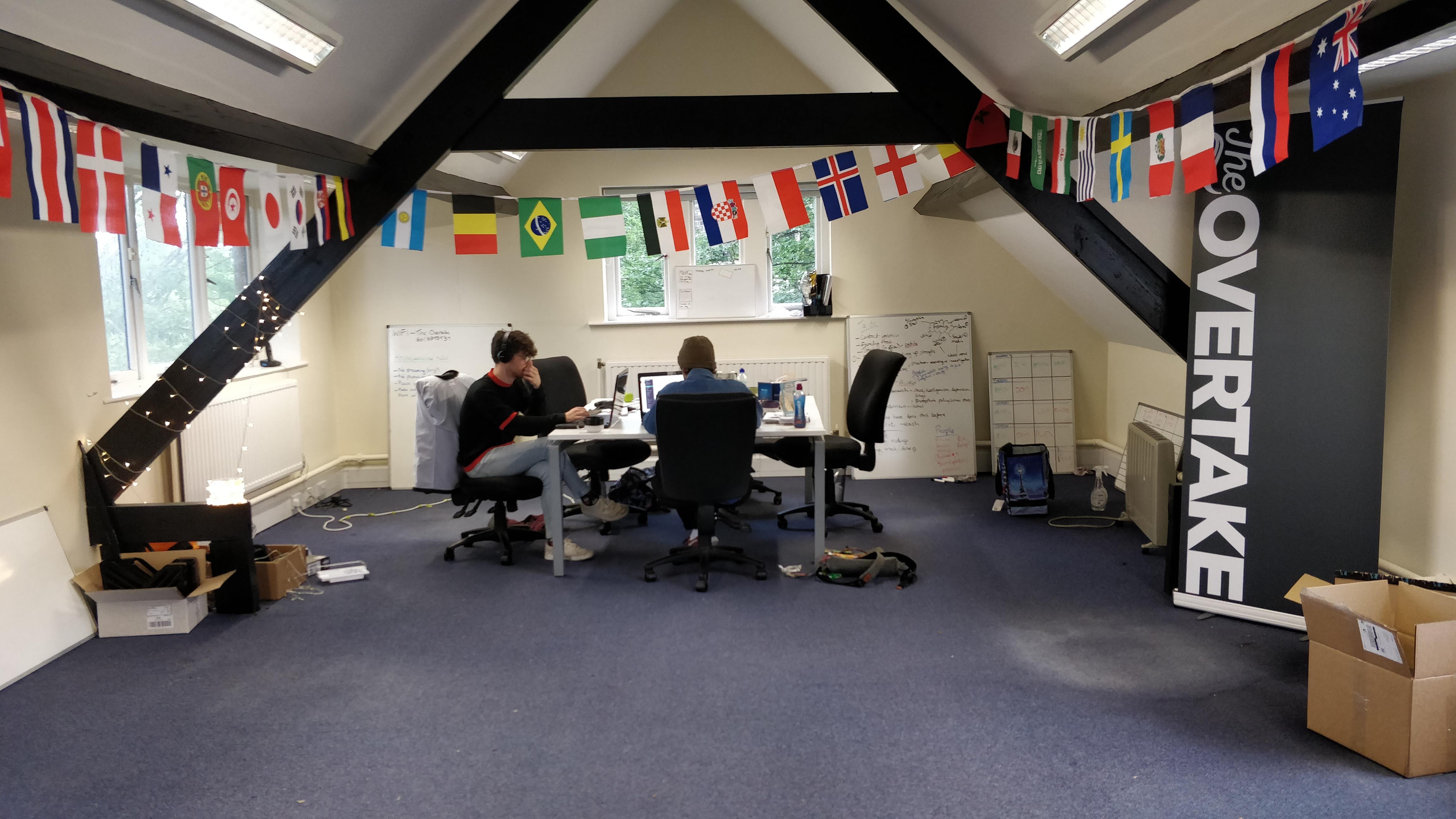 (^ Our beloved old office. Sure, it didn't have drinking water but it was home.)

This is a much bigger thing than it sounds

We don't want to go into a rant about how just three companies dominate 83% of national newspaper circulation, how journalists are 94% white and 86% university-educated (98% university-educated for new journalists) and how 80% of top editors went to either private or grammar schools. And we don't want to bang on about how it's not improving because, in fact, it's getting more and more dire.

Some types of journalism are profitable (you can probably guess which), while the kinds of in-depth, quality journalism we do are not. But for those who run big publishing companies, journalism is about making money.

It's obvious, more these days than ever before, that all this influences what people are and are not able to read about. So if you struggle to find journalism about what's happening to you and what you're interested in, this might be why.

But things don't have to get worse

Sometimes improvements happen in a big revolution and sometimes they build gradually. We don't know which we are yet, because this is just the start. (A revolution would be cool though, just saying.)

If you feel powerless watching ignorance and hate prevail, we get it. That's exactly why we're here. Help us to keep building an alternative. 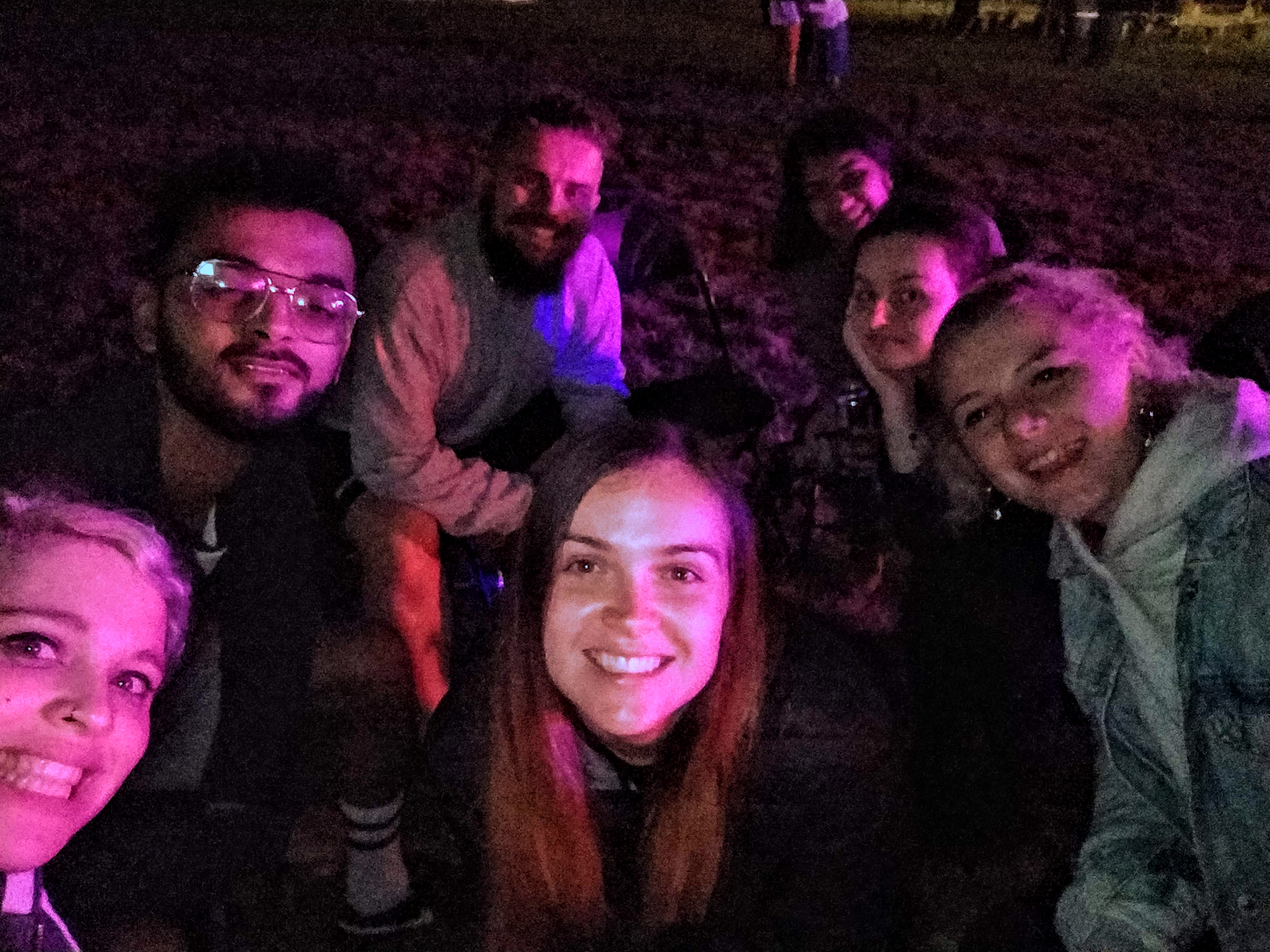 Truly independent media is the only way to know that you're getting honest journalism without hidden agendas, and we want to be only accountable to you, the reader - but independence comes at a cost. We're lucky to have a handful of fantastic supporters already - lots of them are also journalists and others are ordinary people who get it. Our supporters don't always read everything we write or listen to all of our podcasts but they help us because they know we're some of the only ones making change happen. When you help independent media - whether that's us or another publication - you take a tiny amount of power away from people like Rupert Murdoch, Paul Dacre and other media bullies. That in itself is worth supporting.

If you can spare a few quid for a good cause, we promise we'll treat your money with respect and use it to do things nobody else is doing. You can be proud to say you were there at the start.

Goodbye and a heartfelt thank you

Thank you for your support

Mehr lesenLesen mehr von Goodbye and a heartfelt thank you

What happened to Patreon?