What is Opera on the Verge?

Opera on the Verge is a YouTube channel about opera through a critical lens. I was inspired to attempt such a project by the fairly recent cultural phenomenon of so-called video essays. Given how niche opera is, I do not expect to gain the same kind of popularity as other creators of this genre but I would at least like to help move the discussion surrounding opera beyond simple aesthetic appreciation, that is, beyond the hallmark of most "opera popularizing" discourse. My central questions are: What does opera teach us about our culture's past and  present? What parallels can we draw between opera and today's popular entertainment? Can opera exist on the verge or has it always been a reaffirmation of that which we consider "the establishment"? How do we continue to appreciate opera on a dying planet?

Who are you to teach people about opera?

The introductory video to Opera on the Verge is the answer to this question. This was my very first YouTube video which I wrote, shot, and edited. Think of what I'll be able to do with actual filming and editing technique!

You can also go to my website (emakatrovas.com) or my blog, Soprano on the Verge, to learn more.

Why does every ticket holder get the same thing, no matter where they sit?!

Did you know it was an opera house in Venice, the Teatro san Cassio, which, in 1637, became the first musical institution in Europe to open its doors to the public? "The public" of course was anyone who could and wanted to pay the price of admission. Still, I like the idea of theaters historically being places where people from different social strata could gather to enjoy the same entertainment. While I know that the experience of opera is different when you are sitting in the first row compared to standing in the gallery, I want to honor the more democratic aspect of the theatrical tradition by giving every "ticket holder" the same basic experience. I trust you will be able to discern how much you have and want to give.

What will I get with my ticket?

You will get a backstage pass in the form of vlogs, in which I take you with me to lessons, masterclasses, rehearsals, and preparations for the videos. Watch the trailer for my vlogs below! (Note: I realize the recent viral outbreak along my claim to care about the environment  put the whole travel-aspect of the trailer in question. However, travel to auditions and performances is a part of my life so I cannot leave it out - though not as much air travel as may seem from the trailer.) 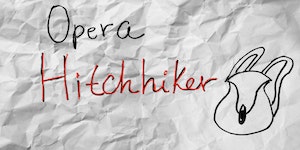 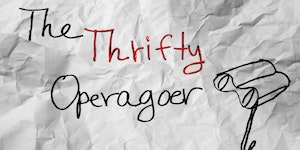 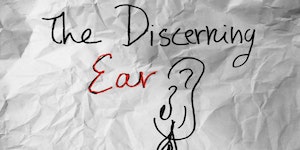 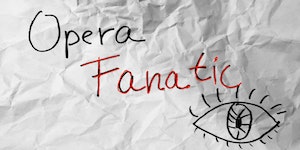 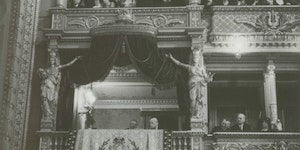